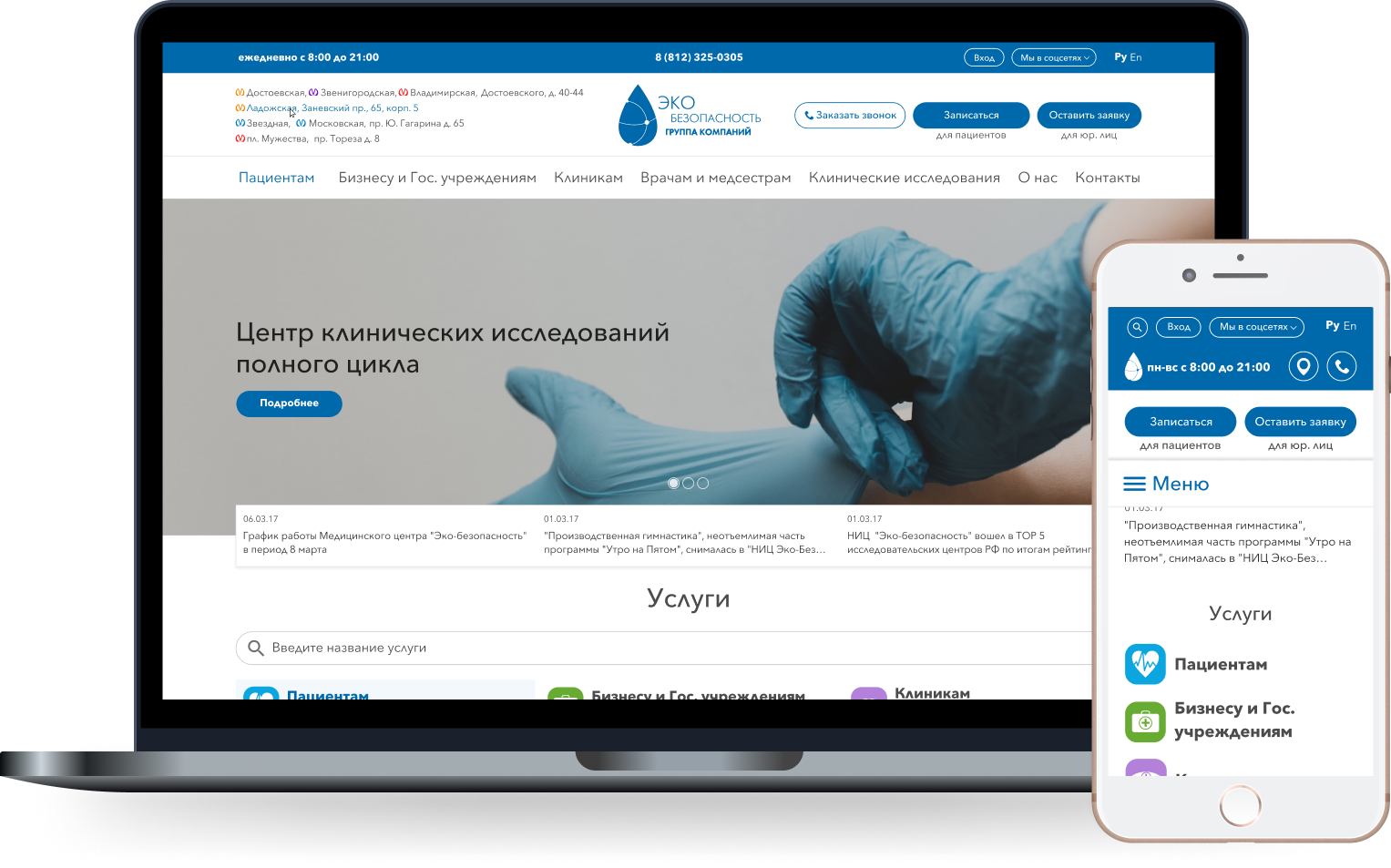 Ecosafety is a multiservice Healthcare company with Medical centers, Labs, Medical School and Clinical Research center with a single web-site for all services.

The site has existed since 2013 and was visually outdated. Due to the puzzling and confusing Information Architecture users tended to call the receptionist which was always overloaded. 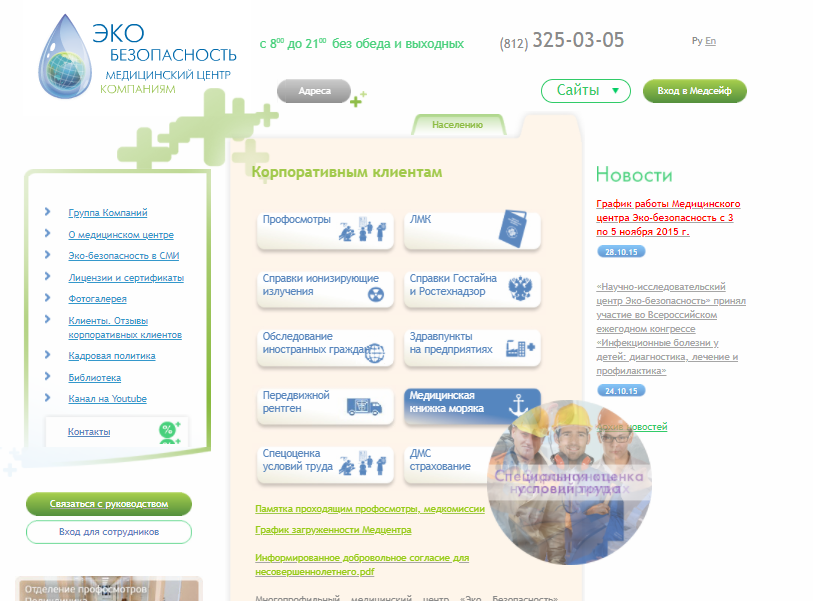 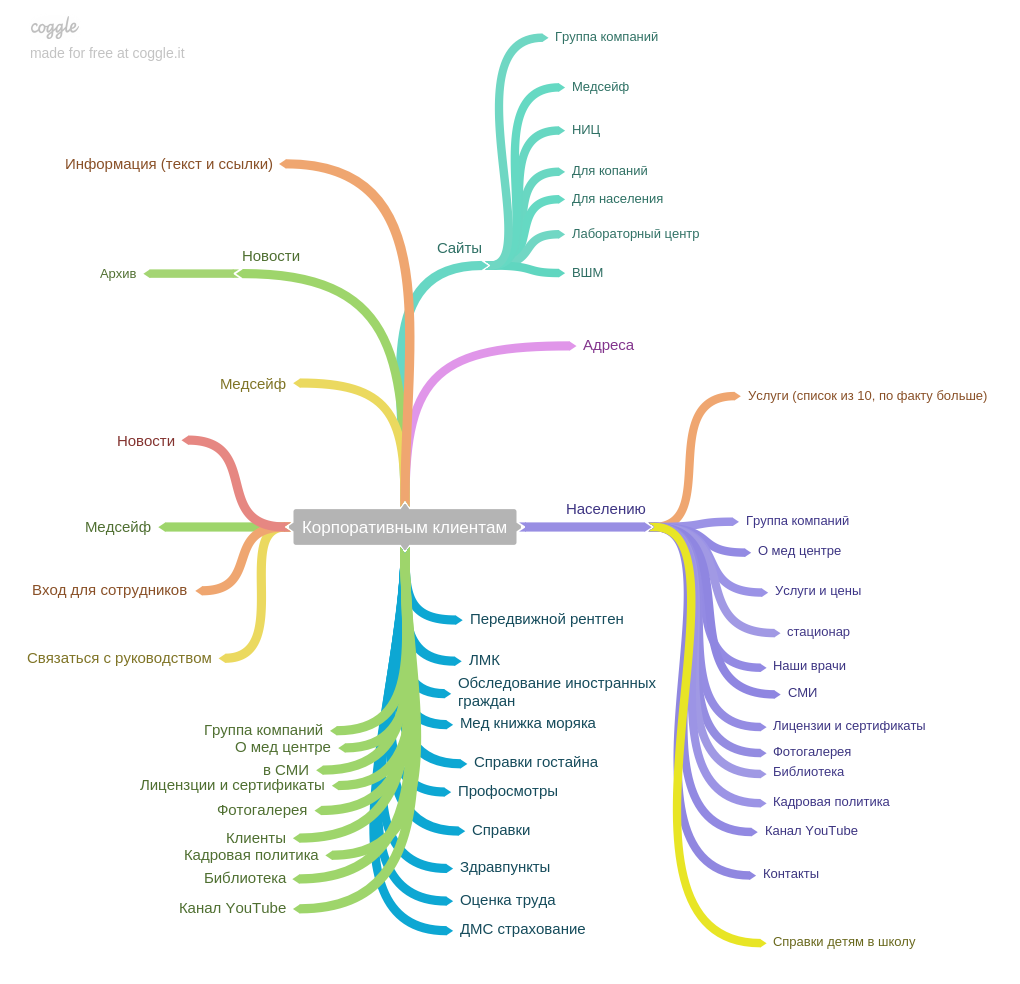 The portal had several issues with navigation, content and no clear starting point for 5 types of users. And it was also too old-fasioned.

I conducted interviews with people from different user groups, analysed their main tasks and needs.

I designed the main page as a "funnel" that directs users from different groups to the section they need.

Based on new Information Architectire I designed and tested low-fid prototypes.

I used main Ecosafety color and the concept of the logo.

Based on the logo, I have developed a collection of 79 icons to illustrate the company's benefits.

I worked closely with the clent's content team on each page of the portal, the copy and visual design.

I built an interactive prototypes for Desktop and Mobile, conducted usability testings in Ecosafety medical center. 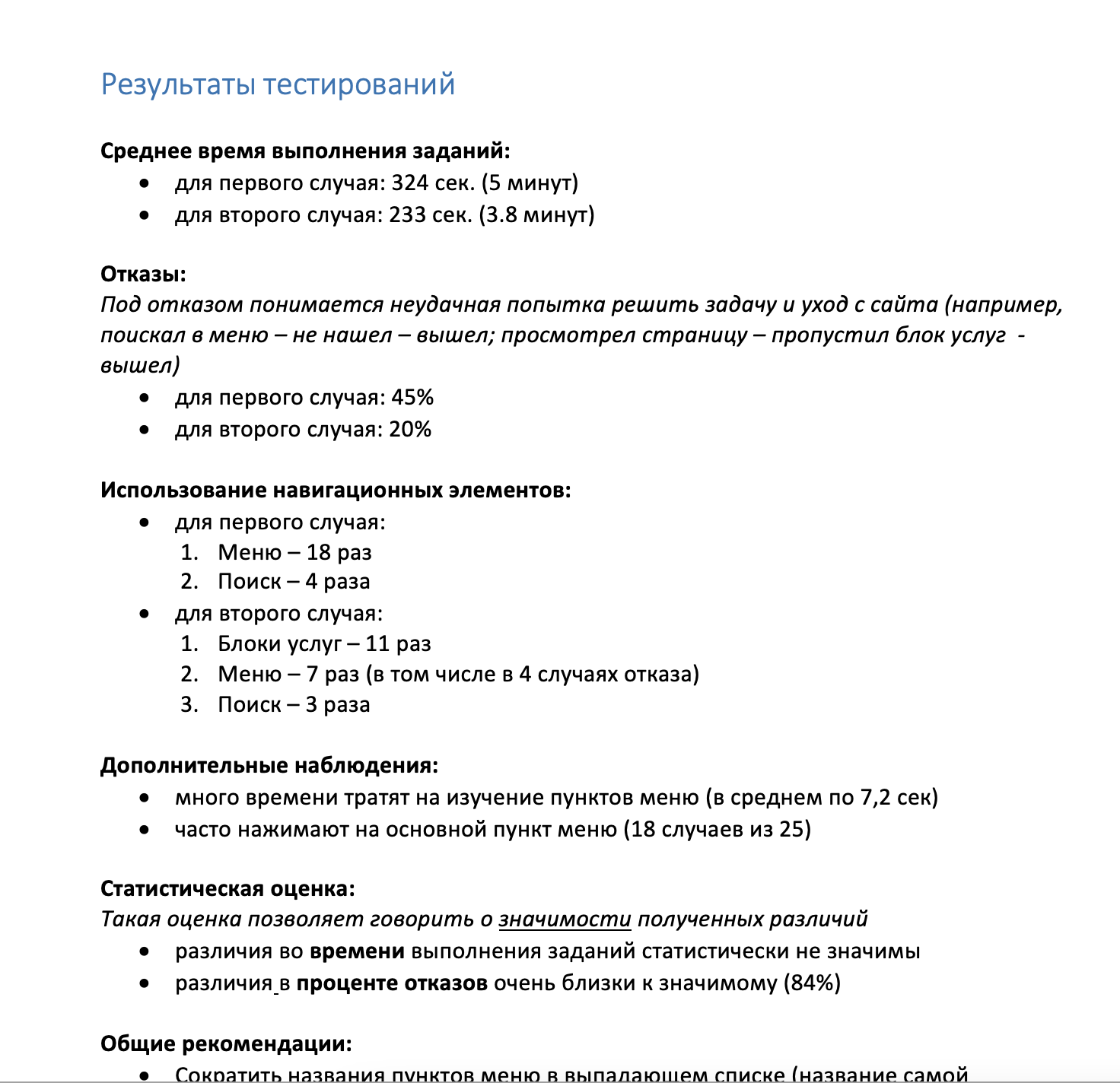 The client was satisfied with the result.

New portal decreased the load on the reception. They recieved positive feedback from end users. 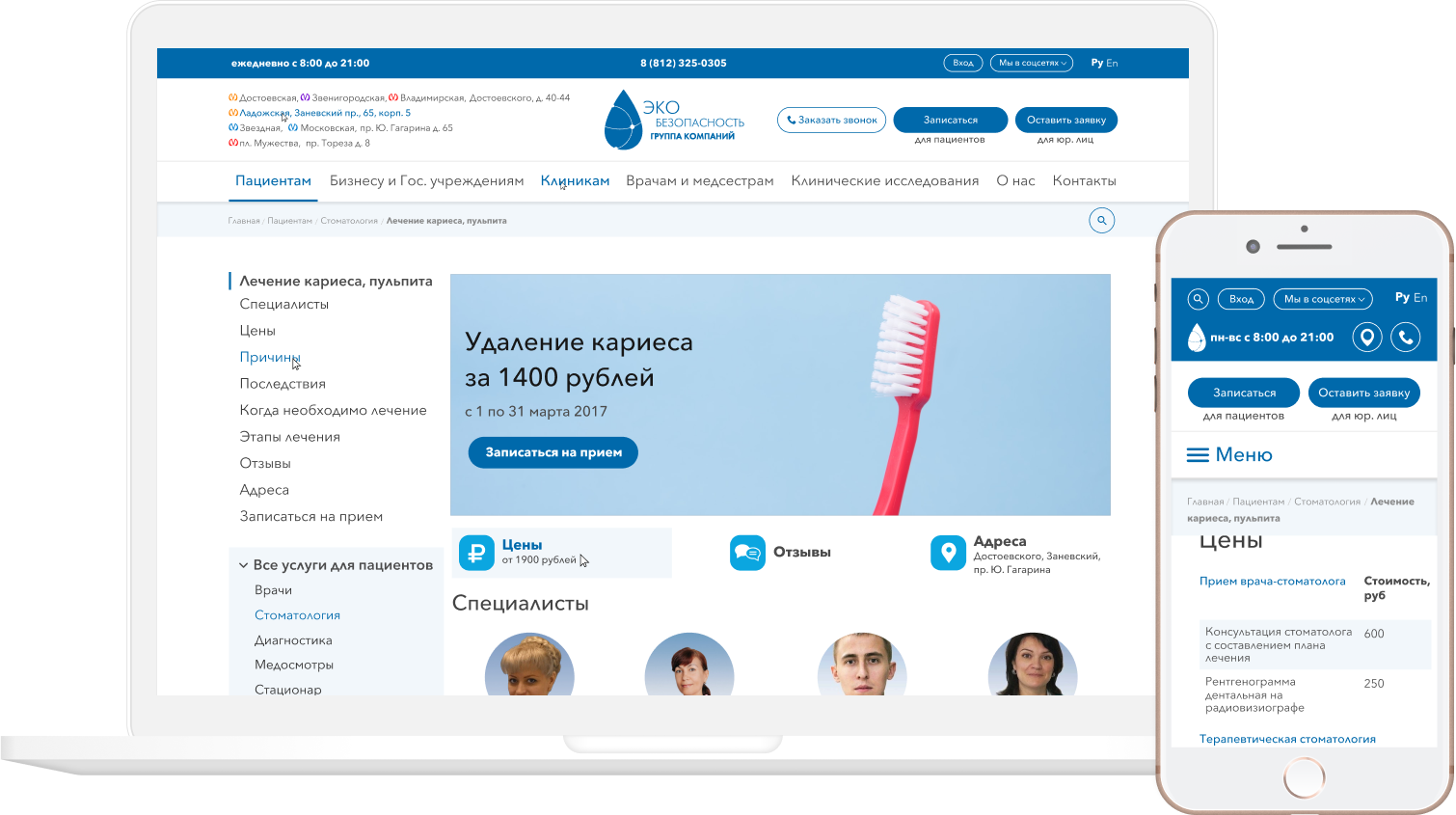